...In Relentless Pursuit of Excellence 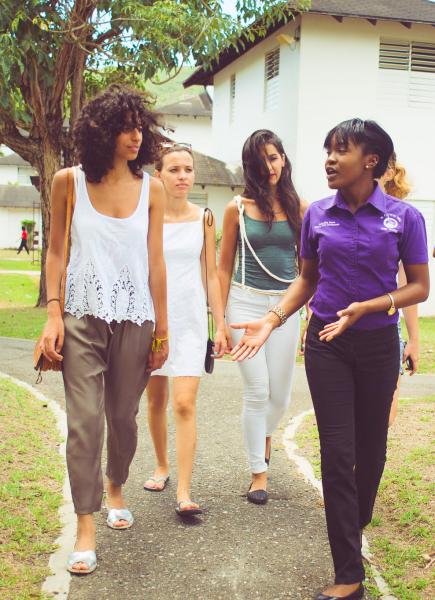 The Belgian Ambassador, His Excellency, Mr. Guy Sevrin, visited Aston Preston Hall of the University of the West Indies, Mona Campus on Thursday, September 17, 2015. His visit marks a series of initiatives by the Hall Committee to establish connections with various European embassies and consulates in Jamaica.

The thirteen clusters on Aston Preston Hall each bears a name associated with a European country in appreciation of funding for the construction of the hall approved in 1990 by the European Development Fund under the Lome Regional Programme as part of the Student Accommodation for Caribbean Regional Educational Institutions. The Cluster Representative of Cluster Belgique, Mr. Josef Crichton, made the necessary contacts with the Embassy of Belgium and invited Ambassador Sevrin to partner with student on the cluster.

Ambassador Sevrin’s was formally welcomed to the hall by the Student Services and Development Manager, Dr. Lindy Jones who was joined by Acting Director of Student Services, Mr. Jason McKenzie, and student leaders, Mr. Jerahmeel James and Mr. Josef Crichton.

Ambassador Sevrin, who was also joined by his daughter and three of her friends, commenced the visit with a tour of The University Campus, then of Aston Preston Hall. They then visited Cluster Belgique where they were entertained with cultural items by the students. The visit concluded with refreshments and a rap-session at the Shark Lounge.

Ambassador Sevrin expressed appreciation for the warm welcome and hospitality he received. He pledged his support in assisting Cluster Belgique with an upgraded cluster sign and rehabilitated cluster yard to be designed by his daughter who is an architect. He has also promised to revisit the hall in semester 2 of this academic year where he will share in a cultural exchange with the students of the hall. 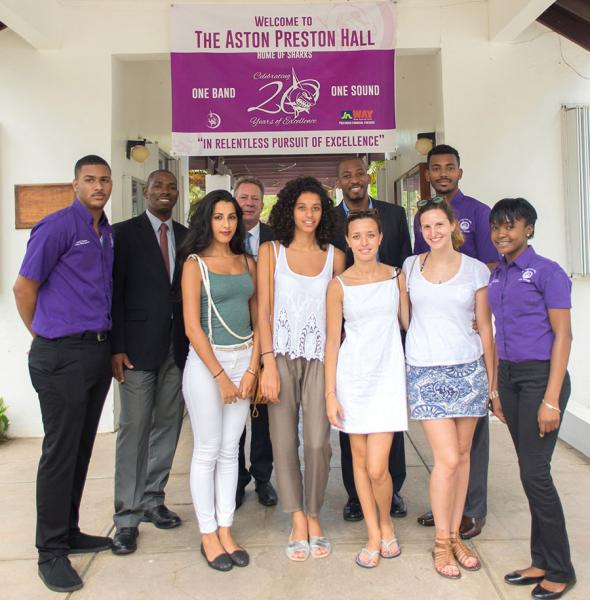