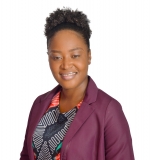 Dr. Aieka Smith teaches undergraduate and graduate courses in the International Relations Unit, UWI, Mona. She holds MSc and Ph.D. degrees in Government (UWI, Mona) and a BSc in International Relations and Political Science (UWI, Mona). Her research interests are diasporic citizenship, diaspora engagement, transnational political participation and migration. Her research mainly focuses on Jamaicans living in Britain. Dr. Smith has served as a researcher at the Jamaica Diaspora Institute, the operating arm of the Jamaica Diaspora Foundation. She was awarded the University of the West Indies 60th Anniversary Scholarship in 2008, the Canada -CARICOM Leadership Scholarship in 2009 (Centre for Globalization and Cultural Studies, University of Manitoba, Canada) and the Trilateral Reconnection Project Fellowship in 2010 (Centre for African Studies, University of Cape Town, South Africa) to conduct work geared towards her doctoral studies. She is a member of the Association for the Study of the Worldwide African Diaspora (ASWAD) and the Government of Canada Scholars' Alumni Association (GCSAA). She is currently conducting research on the strategies utilised by first-generation British – Jamaicans to negotiate a diasporic identity.

Smith, Aieka (2012). “Transnational Political Participation of Jamaicans Living in the United Kingdom.” Journal of Education and Development in the Caribbean, 14 (1).