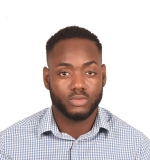 MPhil Candidate- Department of Government, UWI Mona Academic Interests: international development policy, public policy, digital governance, public sector reforms, political analysis, political theories, history, philosophy Dissertation Topic: The Rise of the Surveillance State: A Public Good or an Orwellian Dystopia? Measuring public perception among Jamaicans about mass surveillance in the digital age. Abstract The notion of an “Orwellian Dystopia,” drawn from the novel “1984” written by British author George Orwell, refers to the emergence of all-knowing, all -seeing and omni-present governments using ubiquitous surveillance to achieve suppression of freedom and social control. In the case of Jamaica public discourse about government surveillance has been fueled by the passage of the National Identification (NIDS) Act and the legal challenge brought against its constitutionality by the country’s parliamentary opposition. The successful establishment of NIDS, as a mandatory electronic identification scheme, would allow the Jamaican government to access the personal data of all citizens including biometric data such as fingerprint, facial image, signature and iris scan. This has ignited widespread concerns, led by a coalition of human rights, legal and political perspectives, about the potential for the government to use this vast repository of citizen’s data as the basis for monitoring and controlling people’s lives. Already governments across the world, especially from developed regions, have begun to manipulate data as a form of surveillance mechanism along with the use of other predominantly digital techniques. Most of these new surveillance technologies and techniques are being deployed in the name of national security and law enforcement. There are however many legitimate concerns about government transparency, potential misuse of surveillance power, threats to fundamental rights such as privacy and general government overreach with regards to the rise of the so-called surveillance state.

This study seeks to develop a deepened understanding of the advancement of surveillance capabilities in the digital age and the implications of this development for human rights and democratic traditions. More specifically, it will seek to measure how the citizens of Jamaica perceive the likely impact of this development- the potential rise of a Surveillance State- on their own lives and the factors that are influencing differences in public opinion about mass surveillance. To capture and measure public perception, questionnaires will be administered to participants from diverse backgrounds ( religious, demographical, socio-economic, political , educational and otherwise) to produce representative and generalizable findings as well as to identify causal factors or correlations from the responses.