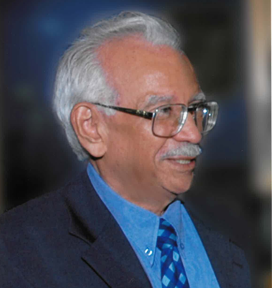 Upon retiring from his position as Principal, Professor Lalor spearheaded the formation of the International Centre for Environmental and Nuclear Sciences (ICENS). As Director of ICENS, Professor Lalor acquired the use of the Slowpoke Nuclear Reactor for research; and led a research team that developed a geochemical map of elements in Jamaican soils which aids in the detection of contaminated land and provides important information for government planning agencies. Professor Lalor also spearheaded the implementation of programmes for deaf students; facilitated the education of the handicapped; and supported the development of microcomputer applications. He has served on regional and international committees focused on Science, Metrication, and Education as well as Jamaica's Electoral Advisory Committee.

Amongst his numerous distinctions, Professor Lalor has been awarded the Order of Jamaica, the Sir Philip Sherlock Award for Excellence, Commander of the Order of Distinction, and the Gleaner Annual Award for his work in the development of the University of the West Indies Distance Teaching Experiment (UWIDITE). He was also awarded the Fellowship of the Jamaica Society of Scientists and Technologists, Fellow of the Third World Academy of Sciences, Fellow of the Caribbean Academy of Sciences and the Norman Manley Award for Excellence and the Musgrave Gold Medal for his contribution to the development of Science and Technology in Jamaica.