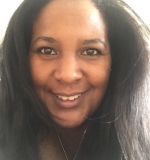 As an Afro-Caribbean scholar a substantial portion of her work involves researching and teaching on transnational issues and on the patterns of development and underdevelopment of states within the global political economy. More specifically, Dr. Munroe's research focuses on the implications of a deepening transnationalisation of criminal groups within developing states as it relates to the organizational and power structures of criminal groups, the use of violence, and the economic interests of these groups. Through a case study on Jamaica, her research illustrates the proclivity of globalization to blur the lines between the domestic and the foreign affairs of a country. Her most recent publication, Governance and Disorder, in Third World Quarterly examines the influence that neoliberalism has had/continues to have on violent change in Jamaica. Dr. Munroe’s research highlights the permeability of state borders and the impact of local non-state actors under conditions of heightened globalization.