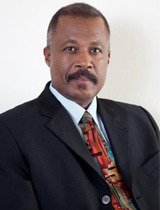 Vice Chancellor of The UWI

Before assuming the office of Vice Chancellor of The University of the West Indies on May 1, 2015, Professor Sir Hilary was Principal and Pro-Vice Chancellor of The University of the West Indies, Cave Hill Campus, Barbados for thirteen years (2002–2015). Sir Hilary is a distinguished university administrator, economic historian and specialist in higher education and development thinking and practice; and an internationally reputed historian. He is Vice President of the International Task Force for the UNESCO Slave Route Project; a consultant for the UNESCO Cities for Peace Global Programme and an advisor to the UN World Culture Report.  He is also a director of Sagicor Financial Corporation PLC, the largest financial company in the region, and of Cable and Wireless Ltd, chairman of the Caribbean Examinations Council and the former chairman of The University of the West Indies Press.

Sir Hilary received his higher education in the United Kingdom and graduated with a BA (Hons) degree in Economic and Social History from Hull University in 1976, and a PhD from the same university in 1980.  He has received numerous awards including Honorary Doctor of Letters from Brock University, the University of Glasgow, University of Hull, the Kwame Nkrumah University of Science and Technology, Ghana, and the University of the Virgin Islands in recognition of his major contribution to academic research into transatlantic slavery, popular culture, and sport. He is an editor of the UNESCO General History of Africa series. Sir Hilary was made a Commander Knight of St Andrew (KA), Barbados’ highest honour, in recognition of his distinguished service in the field of education in particular at university level and his dedication to the furtherance of the arts and sports in particular cricket.

He has lectured extensively in Europe, Africa, Asia and the Americas and has published more than ten academic books including; The First Black Slave Society: Britain’s Barbados 1627-1876 (2017) Britain’s Black Debt: Reparations for Slavery in the Caribbean (2013); Centering Woman: Gender Discourses in Caribbean Slave Society (1999); White Servitude and Black Slavery in Barbados 1627-1715 (1990); The History of Barbados (1990); Natural Rebels: A History of Enslaved Black Women in the Caribbean (1989); The Development of West Indies Cricket: Volume One, The Age of Nationalism; and Volume Two, The Age of Globalisation, (1999); The Brain Train: Tertiary Education Thinking and Planning in the Caribbean (2002); A Nation Imagined: The First West Indies Test Team: The 1928 Tour (2003).  He is Chairman of the Caribbean Community [CARICOM] Commission on Reparation and Social Justice.

Sir Hilary is founder and Director of the CLR James Centre for Cricket Research at Cave Hill Campus, and a former member of the West Indies Cricket Board (WICB).  He is founder and inaugural Chairman of the High Performance Cricket Academy of the WICB.  He is also Vice President of the Commonwealth Sports Ministers advisory body on Sport and Development.  He is an Editor of UNESCO’s General History of Africa, and has conceptualized the “Global Africa” theme for this series.

On April 10, 2015 Sir Hilary was honoured by the Borough of Brooklyn, New York, for “extraordinary achievements, outstanding leadership and his contribution to the community…”