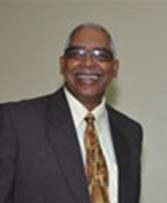 The University of the West Indies, Mona, regrets to inform you that our former colleague, Dr. Willard Pinnock, has passed away.

Dr. Pinnock was employed to The University of the West Indies, Mona in 1982 as a Lecturer in the Department of Chemistryand was promoted to Senior Lecturer in 1999.

An enthusiastic educator, he was celebrated as an outstanding lecturer by his students and his peers and he received several awards to support this fact, including the Monsignor Gladstone Wilson award for teaching, the UWI/Guardian Life Premium Teaching Award, and the Vice Chancellor’s Award for Excellence in Teaching.

Following his retirement in 2010, Dr. Pinnock continued to serve the Department as an adjunct lecturer and a consultant up to 2019.

In light of this death, The UWI flags will be flown at half-mast on Wednesday, June 3, 2020 and on the day of his funeral.

The University extends condolences to the family and friends of Dr. Pinnock.