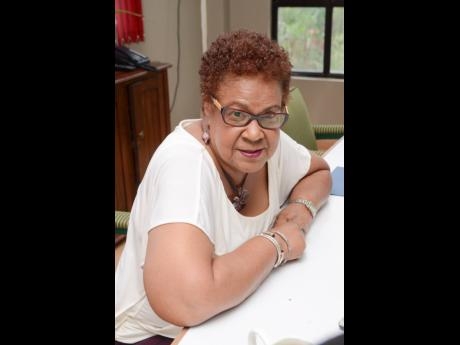 DEVELOPMENT Professional Eleanor Jones has put her stamp of approval on the recent proposal for Jamaica to press for 100 per cent renewables by 2055, while cautioning that it will take a lot more than words to make it happen.

“It is a noble objective, and it is one that is important because climate change is not a joke. It is right here with us, and we know that mitigation is important,” she said.

“But we can’t simply decide we are going to do that. We have to work out how we are going to get the energy and how we tie it into some of our current supplies in terms of distribution and production,” Jones added.

The proposal, meanwhile, came from local physicist and Nobel Peace Prize winner Professor Anthony Chen, who has argued that it is now not only technically feasible, but also financial viable for Jamaica to pursue this – in line with the need for scaled-up mitigation actions globally, to prevent an overshoot of 1.5 degrees Celsius of global warming.

Warming of more than 1.5 degrees Celsius could spell death for islands such as Jamaica that are especially vulnerable to climate-change impacts, including sea level rise and extreme weather events, and the associated risks to water and food security as well as significantly compromised public health.

“While we say it is something that is desirable, we have to think about how we get there. And while we talk about renewables, are we talking solar, wind, hydro? I have issues with respect to hydro because rainfall variability is going to be an issue for us. So we have to look at the appropriate mix, and we have to set targets and then put in the strategic steps that need to be taken,” Jones emphasised.