Prof. Dasgupta Among Group of 10 to earn Musgrave Medal 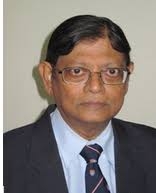 Next Wednesday, 10 Jamaicans will be recognised for their contribution in literature, science and the arts during the annual Musgrave Medal awards at the Institute of Jamaica in downtown Kingston.

Entertainment and the arts feature prominently with choir conductor/musician Winston Ewart, and university lecturer/writer Dr Michael Bucknor to receive the Gold Medal. In the Bronze category, writer A-dZiko Simba Gegele and music composer Eleanor Alberga are among those who will be recognised.

Speaking to the Jamaica Observer, Simba Gegele said she is grateful to be recognised, adding that writers and their work are largely unrewarded.

“I was astounded when I got the call. It was very unexpected and, as astounded as I was, I was at the same time equally grateful as I never expected to be honoured in this way, considering that very often our artistes are not recognised by their fellow Jamaicans. What it says is thank you and that my work has not been in vain. It also says, despite how rough it gets, people appreciate the time and effort I have put into my work and it has touched their hearts,” she said.