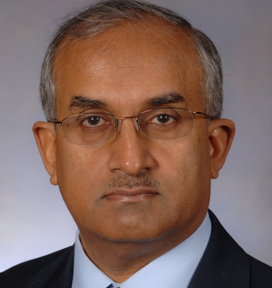 Dr. Latchman’s first professional association was with the Jamaica Telephone Company (now known as Cable and Wireless Jamaica) in Kingston Jamaica, where he was a transmission engineer responsible for microwave and fiber optic inter-exchange circuit design, specification, installation and commissioning. In 1983, while still employed to the Jamaica Telephone Company, he was awarded a Rhodes Scholarship to Oxford University where he began his doctoral research program in Systems and Control. In 1986 after completing his D.Phil. at Oxford, Dr. Latchman joined the faculty of the Electrical Engineering Department at the University of Florida, where he began teaching and conducting research in the areas of Systems and Control and Communications. Since that time Dr. Latchman has directed 24 Ph.D. dissertations and 32 M.S. Thesis projects and has taught graduate and undergraduate Electrical Engineering core courses in Circuits, Signals and Systems, Controls, Digital Signal Processing,Communications and Engineering Mathematics. He has received numerous teaching awards from student organizations, the Department of Electrical and Computer Engineering, the College of Engineering as well as the University of Florida. He was selected as the University of Florida Teacher of the Year in 1998 and was named a 2000 Boeing Welliver Faculty Fellow. He also received two Teaching Improvement Program Awards in 1993 and 1998 from the State of Florida which carried a $5,000.00 base salary increase. Dr. Latchman was also named the recipient of the prestigious IEEE 2000 Undergraduate Teaching Award with the citation “for innovative and inspirational teaching and advancing the use of information technology in education.” In addition he received Fulbright Fellowships in 2001 to the Czech Republic and to Brazil in 2013/14.

Dr. Latchman is the Director of the Laboratory for Information Systems and Telecommunications (LIST) and co-Director of the Research Laboratory for Control System and Avionics (RLCSA). His technical research centers around robustness issues in multivariable system analysis and design, as well as on wireless and powerline communications and networks for the support of multimedia. Beginning with his Doctoral research at Oxford, Dr. Latchman developed key results in the use of singular value methods in assessing the stability of uncertain multivariable systems in the frequency domain. Together with his collaborators at the University of Florida, Dr. Latchman developed the Critical Direction Theory which essentially extends the classical idea of a critical point to include a critical line which is shown to be crucial when there are system uncertainties. In the communication and networks area, Dr. Latchman and his students have developed several systems theoretic approaches to congestion and admission control for high speed networks, as well as performance bounds for multi-level modulation schemes in MMSE receiver-based CDMA systems with power control. He has also developed efficient Medium Access Control (MAC) protocols for Powerline Communication Networks. Dr. Latchman along with his graduate students and collaborators have were significant contributions to the Homeplug group of PLC specifications which became the major component for the IEEE 1901 Standard for High Speed Powerline Communications.

Since 1997 Dr. Latchman has become actively involved in the use of computer, communication and information technology to enhance the learning experience for traditional on-campus students as well as in distance education. In 1997 he received a grant for the Alfred P. Sloan Corporation to develop an online MS degree program in Electrical Engineering. In this effort Dr. Latchman pioneered the use of synchronized streaming media in a system called “Lectures on Demand in Asynchronous Learning Networks (ALNs)”. The success of this program led to the award of University of Florida grant to offer junior and senior level courses via the Internet, towards an online BS degree in Electrical Engineering using the Lectures on Demand in ALN approach. The results of that research demonstrated that the quality of traditional on campus learning in terms of student-to-student and student-to-instructor interaction has increased with the use of the ALN methods.

Dr. Latchman is a Senior Member of the IEEE and has published more that 180 research articles in prestigious international archival publications and has given numerous conference presentations in the areas of his research in multivariable and computer control systems, communications and internetworking and innovative educational technologies. He is also the author of the books Computer Communication Networks and the Internet, published by McGraw Hill and Linear Control Systems – a First Course, published by John Wiley, as well as the book HomePlug AV and IEEE 1901 - A Handbook for PLC Designers and Users, published by IEEE/Wiley. He has also served as Guest Editor for the International Journal of Nonlinear and Robust Control, the IEEE Communications Magazine and the International Journal on Communications.

Dr. Latchman’s current research interests include Broadband Powerline Communications for High Speed and Multimedia System, Wireles and Powerline Communication Systems and Networks with Applications to Smartgrids, and IP Telecoms and Global Scale Streaming Video; Analysis and Design of Multivariable Systems in the Presence of Uncertainties, Robust Control Systems, non-linear systems and systems with delays; the Scholarship of Teaching and Learning with applications to Engineering Education.