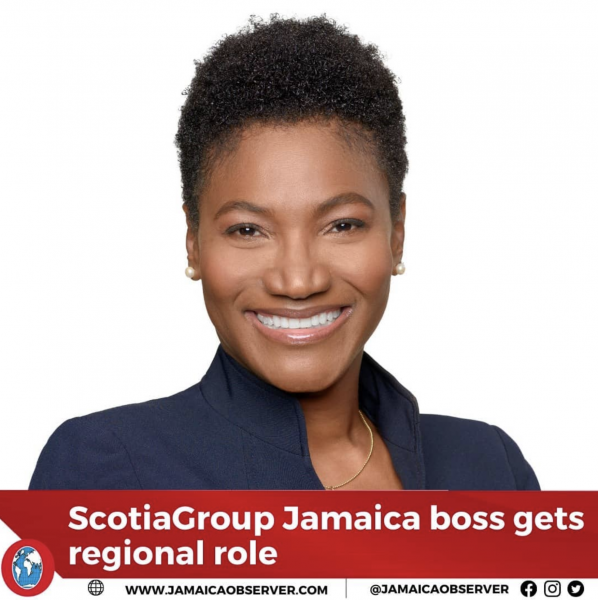 Scotiabank yesterday announced that its Jamaica chief, Audrey Tugwell Henry, will be given additional responsibilities as the senior vice-president (SVP) of its Caribbean North and Central operations.

The appointment, which takes effect January 1, 2022, will see Tugwell Henry expanding her oversight of Scotiabank's operations to include the Bahamas, Cayman, Turks & Caicos, in addition to its Jamaican operations.

It comes just a year after Tugwell Henry was appointed the president and CEO of Scotia Group Jamaica in January 2021.

Commenting on the appointment Anya Schnoor, executive vice-president of Scotiabank's Caribbean, Central America and Uruguay region, said, “I am extremely pleased to announce Audrey Tugwell Henry's well-deserved promotion to SVP with responsibility for Caribbean North and Central, in addition to her current role as president and CEO, Scotia Group Jamaica. Audrey is a transformational leader with over 30 years' experience in the financial services industry. In a little under a year in her current role, she developed and executed clear business strategies to reposition the bank as it navigates the effects of the economic environment, while delivering sustainable results for the business.”

In her new role, Tugwell Henry will focus on driving growth in the region and charting forward the bank's customer-first strategy, which is underpinned by the ongoing digital transformation of the bank's operations.

Tugwell Henry holds a Diploma in Education from Church Teachers' College: Mandeville, a Bachelor of Science degree in Management Studies from The University of the West Indies, and a Master's of Business Administration from the Mona School of Business & Management - UWI, Mona.