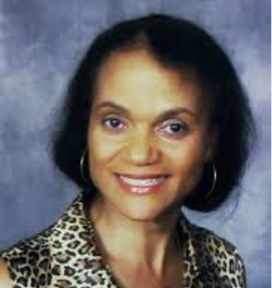 Professor Jennings-Craig who has taught at the secondary level both in Jamaica and England, first joined the staff of the UWI in 1976 and has held several senior appointments including Lecturer in Curriculum Development and Educational Philosophy, Senior Lecturer and Head of the Department of Educational Studies. Between 1990 and 2000, she worked in Guyana in various positions including Curriculum Development Advisor in Education for the Commonwealth Fund for Technical Cooperation; Senior Education Officer in the Caribbean Community Secretariat; Professor of Education and Head of the Department of Foundations, Administration and Teaching, University of Guyana. She was also Director/Secretary, Education and Development Services Inc. Guyana.
On returning to the UWI in 2000, Professor Jennings-Craig resumed her appointment as Senior Lecturer and again became Head of the Department of Educational Studies in 2001.
Professor Jennings-Craig has made invaluable contributions to curriculum and teacher education studies in the Caribbean and internationally. She is acknowledged by her peers as being an educational researcher who has a strong commitment to practice and one whose work is conceptually solid and methodologically sound. She has had a sustained and distinguished scholarly career in which research and practice go hand in hand; and is engaged in teacher/adult education but is also thoroughly involved in policy and programme-related matters.

Professor Jennings-Craig’s research has led to her production of four school text series, fourteen chapters in books, three monographs forty-six articles published in refereed publications; six editorials, two book reviews, twelve papers presented at conferences and some twenty reports. Noted among her school text books is the Flyer Series: High Interest Readers for the Caribbean and the Leopard series, an adaptation of the Flyers Series for Nigerian Schools. She has also written New Island Readers Books 1 and 2 for Caribbean children in grades 5 and 6.

She has also designed and developed a range of courses for the training of teachers at all levels of the education system in Jamaica and Guyana, including courses in curriculum planning, development, evaluation, curriculum innovation and change, educational philosophy, issues in education and development in the Caribbean. She was instrumental in the development of the Bachelor of Education in Early Childhood Education at UWI, Mona during her headship of the department in 1986-89. At the University of Guyana she played a leading role in the restructuring of the Bachelor of Education programme including the introduction of the B. Ed in Primary Education and the B Ed in Nursery Education. She also spearheaded the re-introduction of the Master of Education programme at that institution including the development of four new courses taught in this programme.

Professor Jennings-Craig has carried out a number of international consultancies conducting studies and writing reports on her areas of specialization for the Commonwealth Secretariat, UNESCO, UNICEF, the European Union, the Caribbean Network of Educational Innovation and Development (CARINEID), CARICOM and the Ministries of Education for several Caribbean governments including Jamaica, Guyana and Dominica.

In addition to her scholarly work, Professor Jennings-Craig has a strong teaching and administrative record and a solid commitment to service. She supervised six graduate students at the UWI between 1987 and 1992 and twenty graduate students at the University of Guyana between 1992 and 2000. She is currently supervising twelve graduate students.
She is a member of the American Educational Research Association, the Association for Supervision and Curriculum Development and the National Society for the Study of Education.