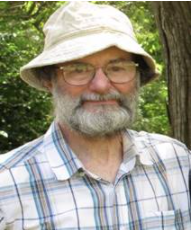 The University of the West Indies, Mona, regrets to inform you that our former colleague, Dr. Jeremy Woodley, passed away on Wednesday, May 26, 2021.

Dr. Woodley was first employed to The UWI Department of Zoology in 1966 and conducted the first set of Hellshire Hills surveys that led to the rediscovery of the Jamaican Iguana. Having transferred to the Discovery Bay Marine Laboratory (DBML) he was instrumental in raising numerous research and development grants, one of which saw the construction of staff flats which over the years supported many researchers from UWI as well as from over 32 different overseas institutions.

He served as resident director of the Discovery Bay Marine Laboratory (DBML) from 1975 – 2000 and was recognized as the longest serving director at the 50th anniversary celebrations in 2018.

Dr. Woodley was a dedicated Caribbean Coral Reef scientist and is responsible for starting long term monitoring programmes and interventions for Jamaica’s coral reefs and associated communities.  These included CARICOMP, ICRI and the fisheries improvement project (FIP).  It was through the FIP project and interaction with the fishers of Discovery Bay that the Discovery Bay Fishery Reserve (now Special Fishery Conservation Area) and the Fisherman’s cooperative that manages the reserve were born.

Dr. Woodley also served as Director of the Centre for Marine Sciences from 1993 to 2000 and was instrumental in establishing and finding space for the new Centre in the Faculty of Science and Technology. However, his selfless service to the Discovery Bay Marine Laboratory; its staff, students, visitors, and researchers remain as his defining contribution.

In light of his death, The UWI flags will be flown at half-mast on Thursday, June 3, 2021.

The University extends condolences to the family and friends of the late Dr. Woodley.