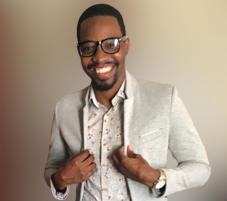 Sean Miller was recently awarded a PhD in Computer Science (2022) from the Faculty of Science and Technology, The UWI Mona. Supervised by Dr. Curtis Busby-Earle (Senior Lecturer, Department of Computing), their work on botnet detection focused on ensemble machine learning methods with his thesis entitled, ‘MPML: Multi-Perspective Machine Learning An Ensemble Learning Method For Botnet Detection And Analysis.’

Sean’s fascination with Computer Science begun from an early age but really blossomed when he was introduced to computer programming at Calabar High School. As the years went by his interest grew and by the time he left sixth form, he knew that he would pursue a computing related programme at the tertiary level. Sean went on to complete an undergraduate degree, BSc in Computer Science (awarded in 2014) but immediately pursued entrepreneurial activities after graduation. With some colleagues from engineering they launched a start-up that focused on automating greenhouse systems using technology. During that time, Sean was exposed to a plethora of research opportunities that existed in Computer Science. With the encouragement of Dr. Busby-Earle, Sean subsequently enrolled in an MPhil programme in the Department of Computing.

While pursuing his MPhil, Sean grew increasingly interested in machine learning and its applications in cyber security. At this stage, a decision was made to examine the role of machine learning in the botnet detection process. This led to the proposal of a novel ensemble learning method for botnet detection, which produced two separate IEEE conference papers. As a result, Sean’s research further evolved to not only detect bots but to be able to analyse them as well. Having examined the area of machine learning, Sean understood the susceptibility of AI systems based on Machine learning and saw where accountability for these systems were needed. This existing gap concretized a solution driven-research which led to the development of the MPML method for botnet detection and analysis which defined his PhD.

In addition to his interest in Computer Science, Sean enjoys writing Christian pieces. To date, he has written nine songs, ten plays and over one hundred skits. Using his gifts and abilities in performing arts and academia. Being a dedicated believer in the Lord Jesus Christ Sean’s aim is to bring glory to his name in whatever sphere of life he occupies. Sean life goal is towards this end, “that people may be enlightened and inspired to pursue the truth”.