Broken Promises, Hearts and Pockets: A Century of Betrayal of the Jamaican Working Class

Anil Verma, professor and director of the Centre for Industrial Relations & Human Resources and Rotman School of Management, University of Toronto, said: "Orville Taylor documents a century of labour history in Jamaica as only he can. This story needs telling, not only for its historical significance, but also to provoke debate over the future of labour policy. It should be an essential reading for all policymakers, researchers and students who strive to create a more prosperous Jamaica through better labour policy."

socio-economic and socio-political experience. This work will make an important contribution Ö in a field of endeavour which is so integrally linked to the everyday experiences of the Jamaican worker. An impressive addition to the existing inadequate body of knowledge for this field. The quality of the research and use of the information gleaned sets this book apart from anything else that I have read during my over 50 years in the areas of endeavour which it covers.

Dr Orville Taylor is currently the Head of Department and Broadcaster at RJR Communications Group
Email him at: orville.taylor@uwimona.edu.jm or brookephd@hotmail.com

A Storm called Erica: Lessons from a post disaster response

August 2015 saw the Commonwealth of Dominica devastated by tropical storm Erica, which left in her wake 30 direct deaths and significant destruction of infrastructure. The Ministry of Social Services, Family and Gender Affairs in Dominica, requested the assistance of the Social Work Unit of the University of the West Indies (UWI). This was facilitated through the Caribbean Internship Programme (CIP), a regional partnership and service-learning initiative of the UWI.  Three graduate interns and a former social work lecturer were deployed to assist with enhancing the response to the challenges associated with post-disaster recovery.

Staff of two social service agencies, two graduate psychology interns and one social work intern, participated in a post disaster community-based psychosocial support workshop conducted by the former social work lecturer. The psychology interns later assisted staff in managing the increased number of trauma cases which turned up at the agency and the social work community-practice intern, replicated the workshops and engaged in other relevant community development activities. The reports from the field  were examined and revealed that this engagement is mutually beneficial in three major ways: 1.) it affords social science students hands on experience with the disaster management and mitigation processes; 2.) it fills an immediate need for appropriate skill sets for community-based psychosocial intervention post disaster and; 3.) it generates new areas of knowledge while enhancing the ability of local agencies to adequately respond to the full range of disaster outcomes at the individual, community and national levels.
Natural hazards such as storms, earthquakes and hurricanes are part of the reality for Caribbean communities. Therefore, the analysis of these experiences can aid with developing appropriate training curricula for practitioners and generate a framework for use with disaster mitigation in the Caribbean

Profile – Dr Doreen Gordon
After completing my PhD, I became interested in exploring social inequality and the intersections of race, class, and gender in comparative contexts. I took up a Postdoctoral Fellowship position in the Human Economy Programme at the University of Pretoria, South Africa. The Human Economy approach, as outlined by anthropologist Keith Hart in his recent works, challenges the abstract and impersonal models of human behaviour that dominate mainstream economics and development studies. A human economy approach gives priority to what people really do and think, while addressing humanity as a whole. My contribution to these debates was to examine race and inequality in emerging economies such as South Africa and Brazil, resulting in a book chapter entitled “Negotiating Inequality: Black Middle Classes in Salvador, Brazil” in the first volume of the Human Economy Series entitled People, Money and Power in the Economic Crisis: Perspectives from the Global South (edited by Keith Hart and John Sharp and published by Berghahn Press in 2014).

My publications explore themes of race, gender, class, nationality, religion, and concepts of beauty and appearance in black communities across the diaspora, utilizing critical, post-colonial, and feminist perspectives. I am involved with in the “Dying to Be Beautiful” initiative in our department, with the aim of encouraging inter-disciplinary work focusing on body image and perceptions of beauty in black communities across the diaspora. Furthermore, I am involved in international and regional collaborations that aim to advance anthropological understandings on the intersections of race, class, gender, and nationality in relation to experiences and structures of inequality. 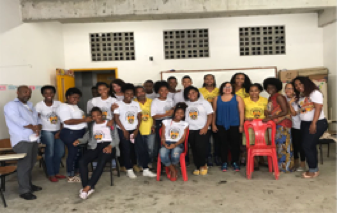 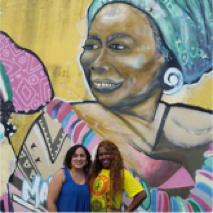 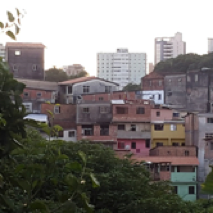 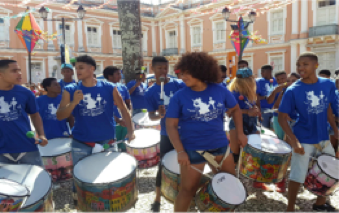 The mortality of Young Adult Men in the Caribbean, Ageing, and Intimate Partner Violence among Young Jamaican Men Work

This study examines the gender gap in life expectancy in Jamaica which ranges from 3.33 years in 1945-47 to 7.62 years at birth in 2010-12 when life expectancy at birth for both sexes increased from 52.9 years in the earlier period to 74.2 years in the latter. However at the global level the gender gap in mortality is in flux. In human populations more boys than girls are born but the disparity in survival just after birth due to higher male mortality is reduced with increasing age so that by adolescence there is little difference. While the increase in length of life are apparent for either sex, at every age through 2002-04, declines though slight (<1year) are observed for males over the last intercensal period. Given concerns raised by the PAHO/WHO about the sharp increase in premature deaths of males aged 10-24 from assault (homicides) and road traffic injuries, and the gender disparity in mortality rates from these two causes evident in every five year age group over the range, the risk profiles of young men are implicated. The paper explores the social and cultural context of male disadvantage in mortality which threaten population longevity and therefore sustainability. (199 words)