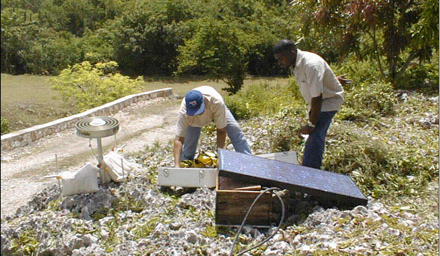 This project is directed by Professor Charles DeMets of the University of Wisconsin - Madison in collaboration with Dr. Margaret Wiggins-Grandison of the Earthquake Unit, UWI.

The aim is to measure slip rates on active Jamaican faults, which will lead to better understanding of Jamaican neotectonics and ultimately seismic hazard. The National Science Foundation (NSF) of the United States of America funds the project and the Earthquake Unit provides logistical support. During Phase 1 some 20 GPS sites were established on Jamaica. The results of this phase are presented in the 2007 publication "Deformation of Jamaica and motion of the Gonâve microplate from GPS and seismic data". Read summary. 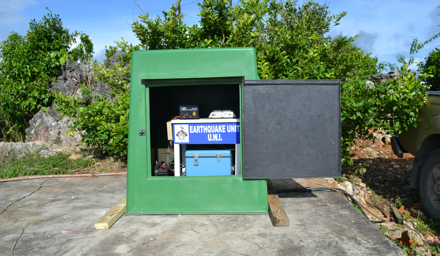 Starting in 2005, ten (10) new GPS monuments have been added including sites at Pedro and Morant Cays. It is hoped that the new sites will enable the resolution of which faults are most active on or off-shore Jamaica. 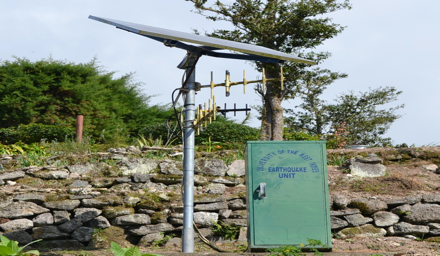 The last seismic hazard maps for Jamaica was done by Shepherd et al (1999) under a Caribbean wide project of the Pan American Institute of Geography and History (PAIGH) with CIDA funding. A catalogue of Caribbean earthquakes including historical events was prepared for this project and a seismic hazard map reflecting Peak Ground Acceleration [PGA] in any 50-year period with a 10 % probability of exceedance [PE] (i.e. for 475-yr Return Period) was prepared for Jamaica as well as other territories in the region. The new seismic hazard maps are based on an updated Jamaica earthquake catalogue which is believed to be the most comprehensive to date. Spectral ground acceleration is presented for 0.2 and 1.0 second ambient periods, respectively for site class, 'average rock', with a 2% PE in any 50-year period. This represents a 2,475-year hazard which is in keeping with the recommendations of the International Building Code (IBC). 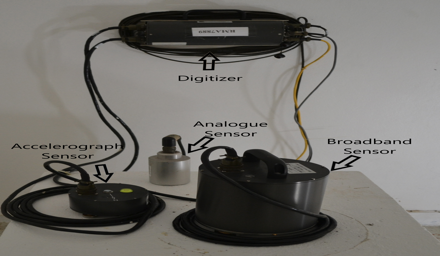 A standard seismic hazard map accounts for shaking when the substrate is uniform and consists of rock. When the substrate consists of unconsolidated soil or alluvium which may include clay, gravel and/or sand layers, seismic microzonation is necessary. Microzoning modifies a standard seismic hazard map by accounting for the varying levels of ground shaking that are brought about as the energy propagates through varying thickness and type of soil. This project to microzone Kingston is one module of UNESCO-IUGS-IGCP project 487: Microzonation of Latin American Cities. The modern methods of modal summation and 2-D finite-differences techniques will be used in conjunction with input information on the soil profile of Kingston and the seismicity of Jamaica to construct seismic hazard maps that are tailored for Kingston.