UWI » Mona » The Faculty of Social Sciences »
About
»
Discover FSS

The Faculty of Social salutes five (5) stalwarts who have pioneered the understanding of their discipline through teaching, research and practise.  Their impact extended beyond the Faculty and the University community to include national, regional and international acclaim and recognition. 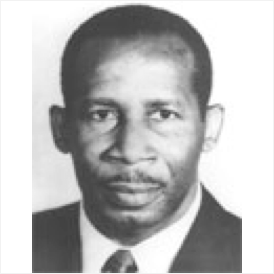 Uriel Salmon served with distinction in the Departments of Economics and Management Studies at the UWI, Mona from 1960 to 2002. He was recognised for his contribution to the introduction and development of the undergraduate and postgraduate accounting programmes. He authored several publications that advanced the understanding of accounting as a practice and a discipline. In addition, Salmon is regarded as one of the founding fathers of the Institute of Chartered Accountants

of Jamaica (ICAJ). For his significant contribution to the accounting profession and to public service, he was conferred with the Order of Distinction, Commander Class (CD), by the Government of Jamaica in 1998. 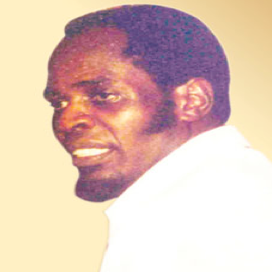 Carl Stone was a Political Sociologist who pioneered the systematic study of voting behaviour in Jamaica. He was arguably the most accurate pollster of his era, consistently and correctly predicting national electoral outcomes in Jamaica from 1976 to 1990.  Stone, who was a graduate of the Department of Government The UWI, Mona, rose to the rank of Professor and served The UWI from 1972 until his passing in 1993.  For his distinguished contribution in the field of political sociology, through

his research and writing on political institution building and the development of scientific forecasting methods relevant to developing countries, he was conferred with the Order of Merit (OM) by the Government of Jamaica in 1993. In his honour, the Department of Government awards the Carl Stone Memorial Prize to the undergraduate student with the best overall performance, when averaged, in the courses: Research Methods in Governance – Parts 1 and 2. 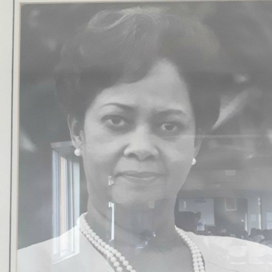 June Dolly Besson was credited with pioneering social work education and practice in the Caribbean.  She was a founding member and coordinator of the Social Work certificate programme established in the Department of Government, The UWI, Mona in 1961.  Dolly Besson was recognized for having introduced the use of the West Indian case study into the classroom environment.  She held the position of Senior Lecturer in the Department of Sociology and served as Vice Dean in the Faculty of Social Sciences, Mona from 1974 to 1975.  She was later appointed Warden of the Mary Seacole Hall until her passing in 1986.  In her honour, the Department of Sociology, Psychology and Social Work awards the Social Work Alumni/June Dolly Besson Memorial Award to the undergraduate student with the best performance in Level I of the BSc. Social Work examinations. 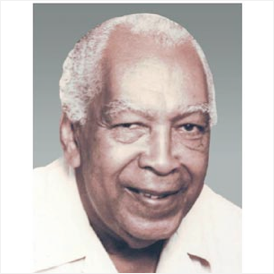 Lloyd Braithwaite was a distinguished Caribbean Sociologist and leading proponent of the Creole Society Model. Braithwaite undertook extensive path-breaking analysis of the social structure of Trinidad and Tobago as reflected in his writings during the period 1953 to 1974. He joined the staff at The UWI, Mona in 1948 as a Researcher at the Institute of Social and Economic Research (now the Sir Arthur Lewis Institute of Social and Economic Studies – SALISES). He later served as Dean of the Faculty of

Social Sciences, The UWI, Mona from 1964 to 1967; then as Pro Vice Chancellor, Principal, for The UWI, St. Augustine.  For his contribution to sociology he was awarded the Chaconia Gold Medal of Trinidad and Tobago in 1969.   In his honour, The Department of Sociology, Psychology and Social Work awards the Lloyd Braithwaite Memorial Sociology Prize to the undergraduate student with the highest GPA in Levels II and III of the BSc.  Sociology degree. 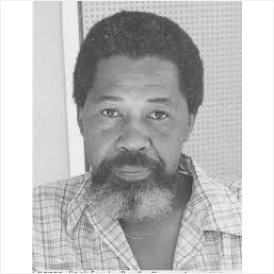 George Beckford was a distinguished Economist and an eminent scholar known internationally for his work in political economy.  Beckford is one of the Caribbean’s most cited economists and is known for writing the widely referenced book “Persistent Poverty: Underdevelopment in the Plantation Economies of the Third World”.  He was editor of the renowned New World Quarterly, a journal of Caribbean intellectuals, published during the 1960s and early 1970s. Beckford joined The UWI at St. Augustine in 1963 before he moved to the Mona campus.  He served as Professor of Economics from 1975 until his passing in 1990.  For his service to the field of economics, he was conferred with the Order of Distinction, Commander Class (CD), by the Government of Jamaica in 1990. In his honour, the Department of Economics awards the George Beckford Prize to the graduate student with the highest grade in the course: Economic Development with Special Reference to the Caribbean.