Professor Raymond Wright attended the Queen Mary College, University of London, where he awarded a Bachelor of Science in Special Physics (1947) and the Doctor of Philosophy with Honours (1949). His thesis was entitled “The Variation of Temperature of the Hall Effect and Related Electrical Phenomenon in Semi-conductors.”

Professor Wright worked at the University College of Ibadan, Nigeria as a Lecturer and subsequently Senior Lecturer (1949-57). During this period his research focus shifted from Semi-conductors to Ionospheric Physics.

Professor Wright returned to Africa (1971-73), as Professor Physics and Dean of Science at the new Benin University, in Benin City, Nigeria. He then took up the post of 1st Principal of the Ilorin College of Technology, Ilorin, Nigeria (1974-76).

Professor Wright was appointed Science Secretary to the Central Treaty Organization (CENTO), in Tehran, Iran (1977-79), as Councillor in the British Foreign Office. In 1979 the Iranian revolution broke out and the CENTO Scientific Secretariat ended.

Professor Wright then became Professor Physics and Dean of Science at Kenyatta University in Nairobi, Kenya (1979-83). An attempted coup d’etat in 1983 caused the closure of all universities in Kenya.

Professor Wright then moved to his final overseas post at the University of the South Pacific (USP) in Suva, Fiji (1983-88). Two more coups d’etat here led him to retire back to England. The Senate of USP honoured him by voting to make his title Professor permanent.

Professor Wright died in August, 2001 after a career of distinguished contributions to research and education.

Professor Wright built up a strong UWI Physics Department and developed active research programmes for which he sourced funding. His work has been recognized internationally.

In 1976 Professor Wright was honoured by Queen Elizabeth II as an O.B.E. for contributions to science education in developing Commonwealth universities.

Professor Wright has produced over 33 publications and various popular articles on scientific topics.

Professor Wright is survived by his wife and daughter, who reside in Ipswich, England 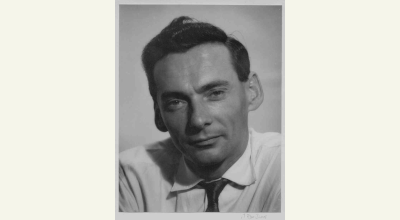