Kingston, Jamaica. April 8, 2021: In an effort to improve the quality and use of climate-related data in Jamaica, The University of the West Indies (The UWI) Mona and the Meteorological Service Jamaica (MSJ) signed a Memorandum of Agreement to enable the installation of an Automatic Weather Station (AWS) on the Mona Campus.  The World Bank-funded project is being implemented under the Pilot Programme for Climate Resilience (PPCR), with the Planning Institute of Jamaica (PIOJ) acting as Executing Agency on behalf of the Government of Jamaica.

The agreement which was entered into on September 17, 2020, took flight on Tuesday, March 23, 2021, when the Faculty of Science and Technology hosted the Virtual Launch of The UWI Mona Automatic Weather Station. The initiative forms an important part of the Improving Climate Data and Information Management Project (ICDIMP) which is set to improve the quality and use of climate-related data and information for effective planning and action at the local and national levels.

Professor Dale Webber, Pro Vice-Chancellor and Principal of The UWI Mona Campus said the Climate Studies Group’s partnership with the MSJ and the Planning Institute which has culminated in an automatic weather station being hosted on the campus is a major milestone. “The data collected here will be available across Jamaica and the world; it will help us to plan, forecast as well as look back at why things occur in the manner they do. We laud our partners who have worked with us to get to this stage. Climate change is an important consideration in Jamaica’s growth and development and we are doing our part to support this development.”

Addressing the Virtual Launch was the Hon Pearnel Charles Jr, Minister of Housing, Urban Renewal, Environment and Climate Change who said the theme of World Meteorological Day: The Ocean, Our Climate and the Weather brings attention to the issues of climate change and water and how this impinges on every aspect of our lives and wellbeing.

Minister Charles Jr. applauded the meteorological partners for the strides made in providing increasingly accurate meteorological forecasts and services to the people of Jamaica. The breadth and quality of this service, he said, has been influenced in no small measure by the very important input of The UWI who has trained most of the specialists in this field.

He shared that over the last seven years, the Government of Jamaica, with the assistance of the Climate Investment Funds and through the MSJ has been upgrading and expanding the network of automatic weather stations island-wide. The aim, he noted, is for the MSJ to have faster access to weather data to give more reliable forecasts to guide flash flood warnings, flash flood watch among other information, and ultimately to improve climate research, modeling, and projections.  He added that the AWS on the Mona Campus will not just aid in teaching and research programmes, but it will address a special gap in our network and allow for data sharing between the MSJ and UWI. The Climate Data Project implemented by the PIOJ has procured and installed 60 automatic weather stations across the island and this number will be increased in the coming months, Minister Charles informed.

Mr. Evan Thompson who also addressed the Launch stated The UWI Mona has been an essential partner for the Meteorological Service for decades as we have shared ideas and initiatives to address the core of our mandate: data. This has been centered on the analysis and interpretation of meteorological data, the quality assurance of meteorological and climatological databases, and the application of this data through onward application to research and development. “In this instance, we are a witness to a deepening of the scope of our collaboration as The UWI Climate Studies Group at Mona gets onboard with the collection of data. This installation of an automatic weather station will be taken even further with the development of a platform for the electronic real-time data [access] to the technical experts in our organization.”

Minister Charles Jr. also shared that in the initial stage, 40 AWS will be outfitted with data transmission modules, while the remaining stations will be outfitted under a sister project, the Caribbean Regional Track of the Pilot Programme for Climate Resilience (PPCR) being coordinated by the Mona Office of Research and Innovation (MORI).

Giving the closing comments at the Virtual Launch was Professor Michael Taylor, Dean of the Faculty of Science and Technology, The UWI Mona, who thanked the participating organizations for their support and foresight in expanding the scope of data collection. He stated that “data from the AWS will feed directly into the MSJ's island-wide network and also be utilized for research at The UWI.  The MSJ has had long-standing cooperation with the Climate Studies Group Mona in the Department of Physics with collaboration on numerous matters of mutual benefit.”

About The UWI
The UWI has been and continues to be a pivotal force in every aspect of Caribbean development; residing at the centre of all efforts to improve the well-being of people across the region.
From a university college of London in Jamaica with 33 medical students in 1948, The UWI is today an internationally respected, global university with near 50,000 students and five campuses: Mona in Jamaica, St. Augustine in Trinidad and Tobago, Cave Hill in Barbados, Five Islands in Antigua and Barbuda and its Open Campus, and 10 global centres in partnership with universities in North America, Latin America, Asia, Africa and Europe.
The UWI offers over 800 certificate, diploma, undergraduate and postgraduate degree options in Culture, Creative and Performing Arts, Food and Agriculture, Engineering, Humanities and Education, Law, Medical Sciences, Science and Technology, Social Sciences, and Sport. As the Caribbean’s leading university, it possesses the largest pool of Caribbean intellect and expertise committed to confronting the critical issues of our region and wider world.
Ranked among the top universities in the world, by the most reputable ranking agency, Times Higher Education, The UWI is the only Caribbean-based university to make the prestigious lists. In 2020, it earned ‘Triple 1st’ rankings—topping the Caribbean; and in the top in the tables for Latin America and the Caribbean, and global Golden Age universities (between 50 and 80 years old). The UWI is also featured among the top universities on THE’s Impact Rankings for its response to the world’s biggest concerns, outlined in the 17 United Nations Sustainable Development Goals (SDGs), including Good Health and Wellbeing; Gender Equality and Climate Action.
For more, visit www.uwi.edu.
(Please note that the proper name of the university is The University of the West Indies, inclusive of the “The”, hence The UWI.) 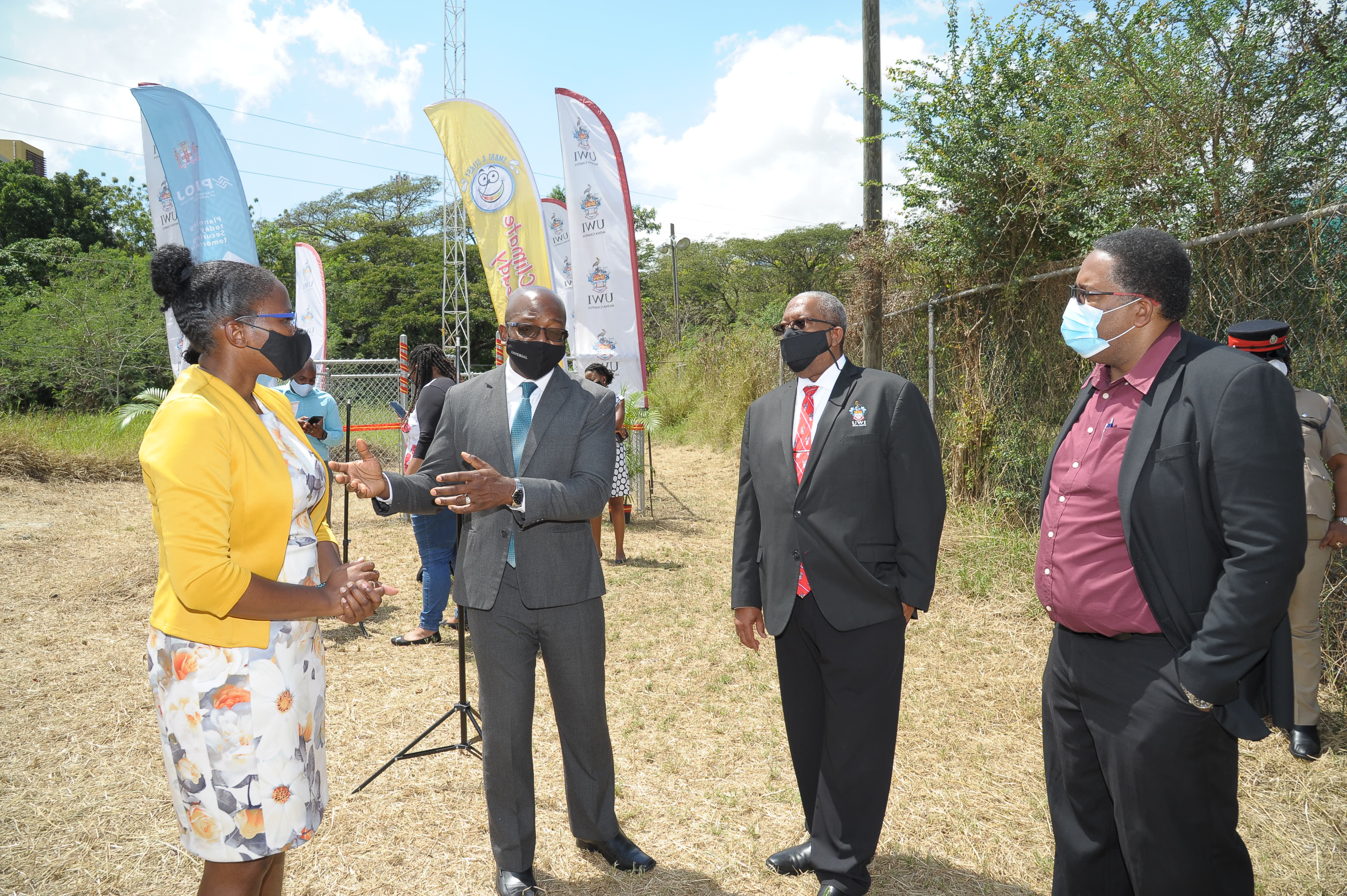