The collection of the late Prof. Frederic Cassidy was donated by his family to the Mona Library in 2001. This collection includes a number of valuable manuscripts by Prof. Cassidy including that of The Dictionary of Jamaican English. The collection, which holds published and unpublished research into the various dialects across the Caribbean spans the 1920s – 1990s. This list represents items that have been scanned and available.

Below is a link to the materials identified for digitization by the University of the West Indies, Mona Library.

The Caribbean Medical Journal (CMJ) is the official journal of the Trinidad & Tobago Medical Association (T&TMA).  The print collection at The UWI Mona Medical Branch Library ranges from 1966-1996. Some open access articles are also available from the journal’s website at http://caribbeanmedicaljournal.org/. This journal focuses on scientific information about the Caribbean.

The Jamaican Nurse was the official organ of the Nurses’ Association of Jamaica (NAJ).  Publication dates range from 1961-2005. The publication covers scientific and professional information regarding the profession of nursing in Jamaica.

Jamaica Now is a collection comprising magazines published by the Public Relations Office of the Government of Jamaica, between the periods 1959 to 1960. As a publication of the Government, it was designed to inform the country of the various projects undertaken within the various Government Ministries, and provide updates on a number of initiatives. It comprises a Did You Know section, short articles on issues such as Health, Education, Agriculture, Farm work programme etc. It also has a Question Box which provides responses to questions raised by the public.

The Pepperpot covers the period 1915 to 1975 and was presented as a “Magazine depicting mainly the personal and lighter side of Jamaican life”. It is a melting pot of Poems, short stories and articles and is infused with a lot of plates and illustrations. The first issue in the Collection was published in 1915 and is made up of short stories and poems, written in English and the Jamaican dialect. The magazines evolved over the years to include articles on topical issues such as the bauxite industry, sports, politics etc. The issue published in 1975, marks the end of the collection and provides a comprehensive review of the year, covering areas such as government, theatre, literature, sport, women, art, music, education, industry, business and politics. 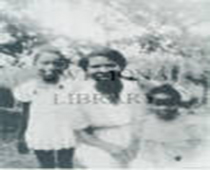 Dr Erna Brodber, writer-in-residence for the academic year 2013-14 is an accomplished author, historian and social scientist whose creative and academic works have been published to wide acclaim. Her novels include The Rainmaker's Mistake (2006), Louisiana (1994), Myal (1988) and Jane and Louisa Will Soon Come Home (1980). 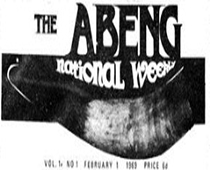 Abeng: began publication at the University of the West Indies, Mona in response to the Black Power and protest movement that emerged after Dr. Walter Rodney, a UWI lecturer was prohibited from landing in Kingston on October 15th, 1968 after attending a Black Writers conference in Montreal, Canada.

Moko:  A "Radical" newspaper published in Trinidad and Tobago as a response   to issues resulting from the Walter Rodney incidence.

Public Opinion: a weekly paper launched on 20 February 1937, was a forum for progressive ideas.

West Indian Review:  published from 1934 until the 1970s,  contained poetry and fiction as well as articles on painting, sculpture, folklore, history, agriculture and other topics. Unlike many similar publication in the region it was not the organ of any intellectual or nationalist group, and remained supported by commercial advertising through its existence.